The route leading to my becoming a writer focused on aviation topics can be described as zig-zag. By the age of fourteen I was already entranced with airplanes, especially how their mechanical bits and pieces worked in unison. By fifteen, I was writing about them. Turning nineteen, I earned FAA mechanic and pilot licenses.

Following military service with U.S. Army Aviation, I joined the aircraft division of the Hughes Tool Company. A decade there saw me serve as a technical representative, project engineer and technical manager on major aircraft programs.

Concluding that my passion was centered more with writing than engineering, I switched careers mid-stream. It resulted in my appointment as the corporate communications director for a major electronic components manufacturer, marketing communications manager at an industrial automation manufacturer and finally publications editor at a state university. These and other experiences prepared me to craft the books and articles I now create.

Flight Failure, published by Prometheus Books in May 2020, offers seldom-revealed details of how missing nuts, bolts and other common parts cause airplanes to crash. Another recent book is a biography of 20th century aviation entrepreneur, Allen E. Paulson, published by McFarland & Co. in 2019. Fonthill Media in London published a book in 2013 that unravels the history of the Howard Hughes aviation empire. My first  book, published by TAB Books in 1989, chronicled the design and development of the OH-6A helicopter that saw legendary service in Vietnam. McGraw-Hill published two corporate history books in 1990 and 1991, profiling Learjet, Inc. and Cessna Aircraft Co., respectively. A  contributor to national and international periodicals, they include Aviation Week, FlightGlobal, Flight International, Air & Space/Smithsonian and Vertical magazine in Canada.

Much like a starry-eyed fourteen-year-old, I still glance upward when an airplane flies over. It's the same enthusiasm I carry over to every writing project I undertake. 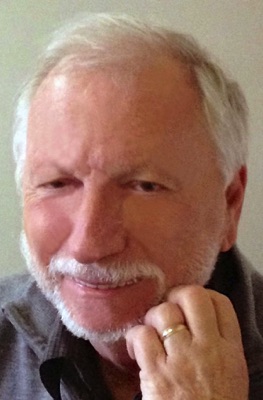